Client Success Story: How Coaching Helped Laura Get Unstuck, Manage Her Emotions and Pivot into a Satisfying Medical Career in Midlife 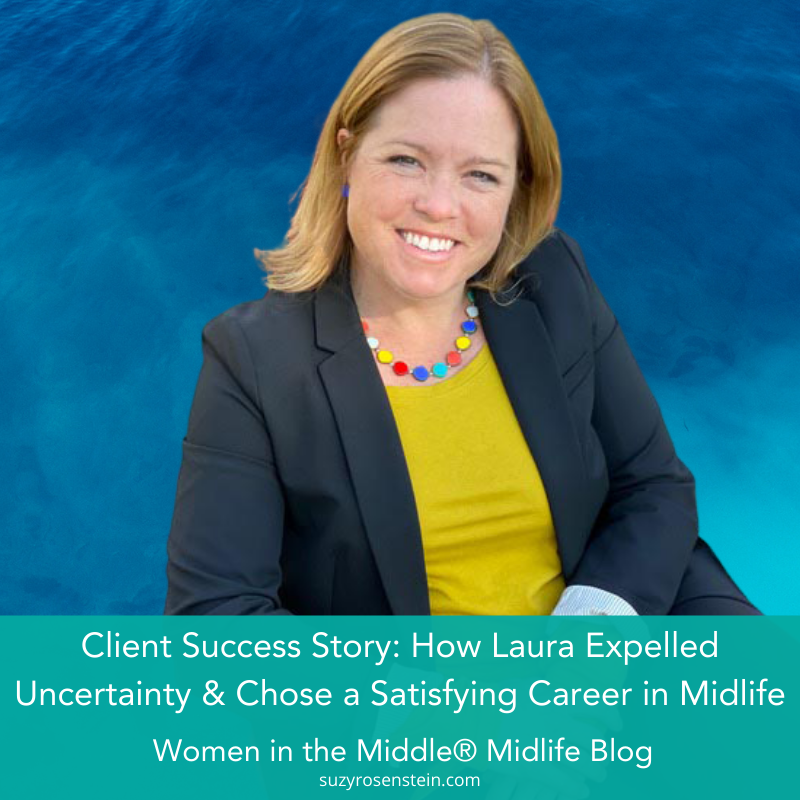 Coaching can definitely help you get unstuck, especially in midlife. Dr. Laura Blaisdell is a woman in the middle who has a satisfying career in midlife; she runs a medical consultation business, and her lessons are used within schools, camps, and colleges. But it wasn’t always this way.

Getting Stuck in Your Midlife Career

Laura was a high-achieving pediatrician, constantly seeking to do better and achieve more. However, at age forty-four, she began wondering what was next in her life. She was was dealing with a lot of uncertainty and felt quite stuck in midlife.

“I had climbed to the top of that ladder and just found myself with a lot of questions about, where do I go from here?” Laura said. “What’s my continued growth? I felt stuck and had this feeling of not wanting to waste the opportunity of a lifetime to do something that was meaningful, something that I felt proud of doing.”

Despite loving her patients and their families, she was ready for more personal growth in midlife and was realizing how much she was missing out on, especially with her kids.

Her lack of fulfillment showed in her online shopping habits. She’d purchase a new sweater or pants only to find that didn’t increase her happiness. She bought a ukulele thinking she’d learn it. But that wasn’t the answer, either. To fill the void she felt within her career, Laura began to seek hobbies and diets to enjoy. None of them really stuck.

Getting Coached to Get Unstuck in Midlife

She knew had had to get unstuck.

Laura first heard Suzy when listening to her podcast with a fellow doctor, Dr. Katrina Ubell. She recognized that she needed help, but she was still unsure whether to pursue Suzy’s coaching assistance. Luckily, her husband was there for her. He believed Laura was stunted by her job, especially by the lack of leadership she had over her career. Laura finally took the plunge to pursue her independence.

When the two began speaking, Laura was considering applying to some healthcare leadership positions that were available. Through Suzy’s coaching, she realized that she wanted to apply, so she did. After applying, she came to the realization that it was time for a change.

“Applying for those jobs helped me crystallize that I was not headed in the right direction,” Laura said. “And that’s where I always thought that I would go.”

After six months of coaching with Suzy, Laura was finished with her midlife uncertainty. She was done with waiting for others to make decisions for her, and she wanted to pursue the curiosity and fulfillment she felt in medical school. More importantly, Laura wanted to grow as a person and grow closer with her kids. She left her medical practice and stayed home, taking the time to consider where to head in her career.

After working through her anxiety about not being in an active career, Laura recognized her appreciation for advocacy, especially as she was previously an advocate for children as a pediatrician. She opened a consulting business, which allowed her to mix her love for advocacy, people, and curiosity into a fulfilling career.

Her Amazing Results with Midlife Coaching 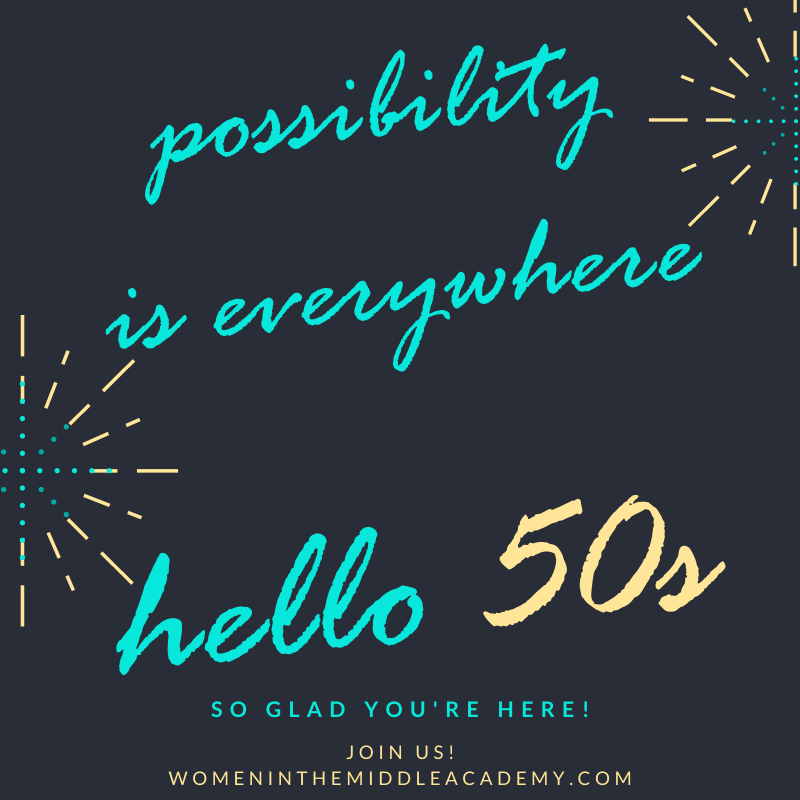 Though Laura was no longer in practice when Covid hit, she made an impact by advocating for vaccine legislation and creating summer camp guidelines that became common across the United States. By the end of the summer, she was recognized in the Center for Disease Control’s publication, and her lessons became sought after by schools and colleges.

Now, she is no longer stifled by uncertainty. Without the medical hierarchy holding her down, Laura revels in making decisions and doing things her way within her career. Additionally, rather than being upset with her circumstances, she responds in a controlled way with the understanding that she has the expertise to handle her situation. She has newfound fulfillment in her job as she helps and advocates for others.

“I just want to let people know that, no matter who you are, whether you’re a successful business person or a physician or a stay at home mom, or the sandwich generation taking care of both of her parents and her children at the same time,” Laura said. “Know that there is a place and a way to be content in each of those situations, but it requires a deliberate process, and a choice to make that change and to step into that change.”

Do you need to get unstuck in midlife too?

Laura, like so many women stuck in the middle, had reached the pinnacle of her career in medicine and felt like there was nowhere else to go. If you’ve been feeling stuck, overwhelmed, and unfulfilled, it’s time to get clarity and a new lens on what your life can be going forward. The Women in the Middle® Academy is an online program and community for midlife women, who are ready to create a life on their own terms and become the happiest, most free and fun version of themselves! Want to get unstuck too? Book your free, no obligation Momentum Call and let’s chat!

Suzy Rosenstein, MA is a master certified life coach and host of the popular podcast for midlife women, Women in the Middle, with over 1 million downloads. Having wasted five years being stuck herself, she knows how frustrating and painful it can be.  She uses her upbeat approach with the serious topic of aging to help you get clear about what you want, get unstuck and live your best life. Girlfriend, there’s more fun to be had! She offers a free guide, 10 Questions to Reimagine your Life After 50.