It can be pretty frustrating to be miserable at work.

Midlife misery loves company, so…let’s have an honest talk about that job of yours that looks fantastic on paper.

You know which one I’m talking about, right?

Yes, my friends.  That job.

Regardless, I bet you feel like you’re wasting time at this miserable job.

You probably feel like you’re just going through the motions too and not really present.

I bet you’ve started to think about making a change.

But you’re confused. So you don’t.

You’re feeling some fear of the unknown.

And you don’t know exactly what you want.

You think to yourself, “how could I possibly make a change when I have such a good, stable job that has great benefits and a nice salary?”

That thought is usually followed by, “what’s wrong with me?” and maybe a dash of, “I’m only 14 years (or whatever it is for you) from retirement…if I could just hold on…” 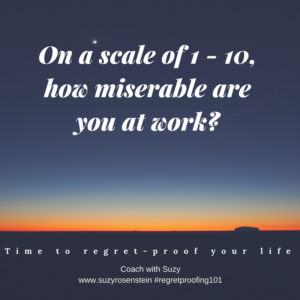 And then you feel more confused, more self-indulgent, more frustrated.

And you’re right back into the spin-cycle.

I used to play a little game with myself when I was miserable at work. I would think about where I was on the“scale of misery,” from one to 10.

I would rationalize that as long as my level of misery was under five on the scale, I should just work on my coping skills and suck it up.

It’s important to ask yourself WHY you’re miserable, not just talk about how miserable you are.

My life coaching clients tell me the following reasons they’re miserable on a pretty consistent basis. See if any resonate with you:

As a causal coach, and in the words of John Pinette, I have to say “nay nay.”

Just like your job, these reasons look good on paper but aren’t the real reason you feel miserable.

I would like to suggest that you think about things is in a more mindful way with more perspective on your thinking. The thought model I’ll be referring to is this one, taught by Brooke Castillo of The Life Coach School.

Every situation has “facts” and “thoughts about the facts.” Facts – or circumstances – are neutral. If you had 10 people in a room, everyone would agree about the facts. They’re black and white. They can be proven.

On the other hand, “thoughts” are sentences in your mind ABOUT the facts. They are subjective. They are opinions. They are personal to you. Ten people in a room wouldn’t necessarily agree on a thought about a fact. Let’s look at these reasons for feeling miserable.

The problem is always your thinking.

The way you THINK ABOUT THE FACTS is the key.  Not everyone will have the same thoughts about the facts. Let’s take a close look at one of these that was true for me.

I thought the reason I was miserable at work was because I was there for 19 years. It was 14 years when I noticed I started feeling miserable. The fact, or circumstance, was how long I was at this job. Everyone in a room would agree on this fact. 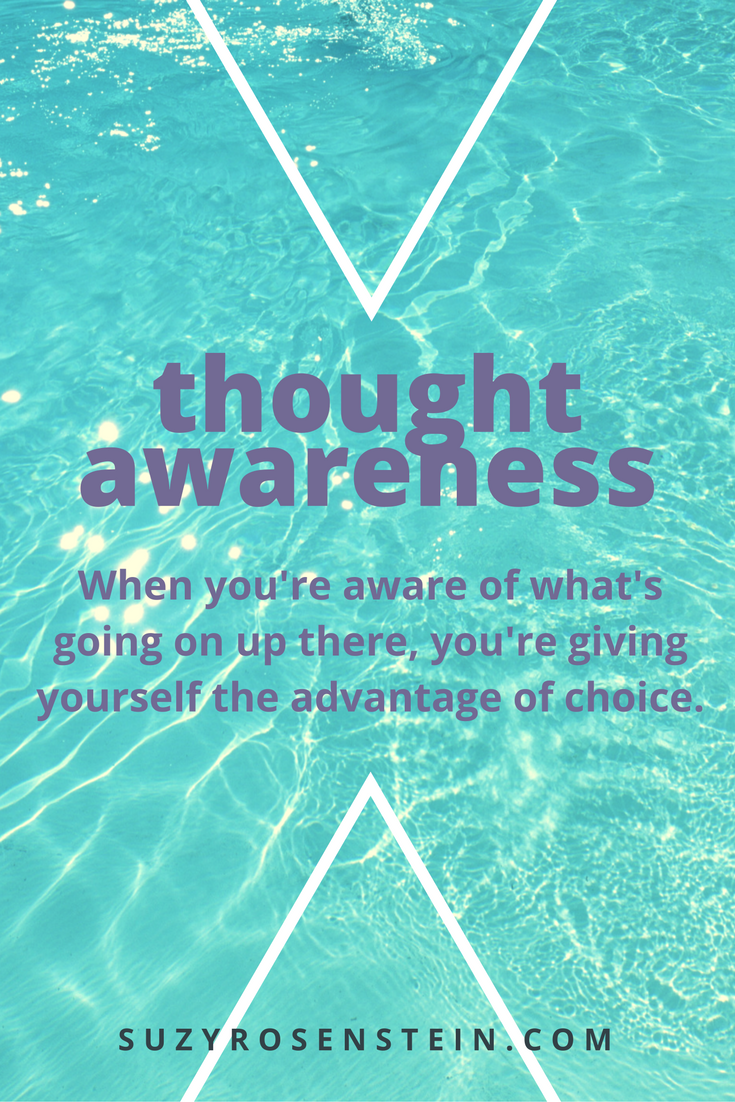 But…everyone would NOT agree on thoughts about this fact. I thought 14 years was too long. Every year after that just seemed to make it worse. You can imagine that people would think differently about this fact. Someone who was 1 year from retirement wouldn’t think the way I did, for example. Others might think 21 years was too long because they could no longer earn more six weeks paid vacation time after 20 years.

There are different ways to think about facts. There’s no right or wrong answer about how to think. It’s my thought. And it’s how I think about this fact of the duration of my employment at this job.

The reason this is important is because THOUGHTS ARE OPTIONAL. They are also extremely powerful because they create feelings. When I thought, “I’ve been at my job too long,” I felt fear.

It surprised me, but I was fearful of putting myself out there. Why? Because I thought potential employers would think negatively about me because I stayed at my job too long.

Feelings create action, or behavior. When I felt fear, I didn’t actively look for a new job. The result? Nothing changed, which proved my thought that I’ve been at my job too long. As you can see, my THOUGHTS created my results, not the FACT that I was at my job since May 1994.

Your CIRCUMSTANCE doesn’t cause you to feel a certain way. But the way you THINK about your circumstance does!

This mindfulness stuff can rock your world.

We are very comfy blaming people and things for the way we feel. It’s really not useful. They key to being happier and more content is to fully accept that YOU have the power to make yourself feel anyway you want to feel. It’s the ultimate in empowerment. It’s true emotional adulthood.

You can be happier at work if you want to, even with the incompetent boss, the bad reviews, different job title and having to work more hours. You can still want to leave. You can still decide to move on. But you have more ability than you think you do when it comes to managing your emotional life at your job.

But a little birdie told me that you can do hard things.

Curious enough to learn more about how coaching with me can help you with your mental hygiene? Want to bust through your own frustration? I can help you create the results you really want. Click here and book a free, no obligation mini session! Can’t wait to talk to you!