It happened. My kid fell in love with my university and is heading there in the Fall.

I have to say, it’s wonderfully weird.

They weren’t clear about what they wanted when they started looking at schools.

I had to figure out my role and navigate the uncharted territory of leading from behind.

You know, gently nudging them along to help them figure out the very basics of what they liked.

What they were curious about.

Turns out they were more overwhelmed than I expected.

Too much choice. Not much of a clue at first.

But as their senior years wore on, they became more clear.

My two older kids didn’t want to narrow things down too much at this point in their lives. They want a program that stayed more broad.

My third one though, was specific. I actually encouraged him to be a bit more broad for now.

All three kids applied to the universities that my husband and I attended.

My hubby and I totally got a kick out of touring our old campuses with our kids. It was so much fun to be back!

I transferred to the University of Guelph (U of G) in Ontario, Canada in 1983 from a university in Pennsylvania. It was the middle of my second year.

Memories started flooding in the minute we parked the car. But a big one popped into my head as soon as I walked into the University Centre (the U.C.).

When I first arrived way back then, there were no bank machines.

I remember when they put the first “instant tellers” in the U.C. to replace a branch with live tellers. It was fabulous and super convenient! And there they were, those magical money machines, right when I walked in. Couldn’t miss them. Hard to imagine life without them!

Another strong memory came to me when I walked into my old residence.

It was so brown. I think it was built in the 70s. Brown floor tiles and concrete walls. But it was the faint smell that came flooding back. Not a bad smell. But a subtle smell that reminded me of 1983 – 1985 and all of the fun times spent in that unusual building, one of the largest residences in North America. 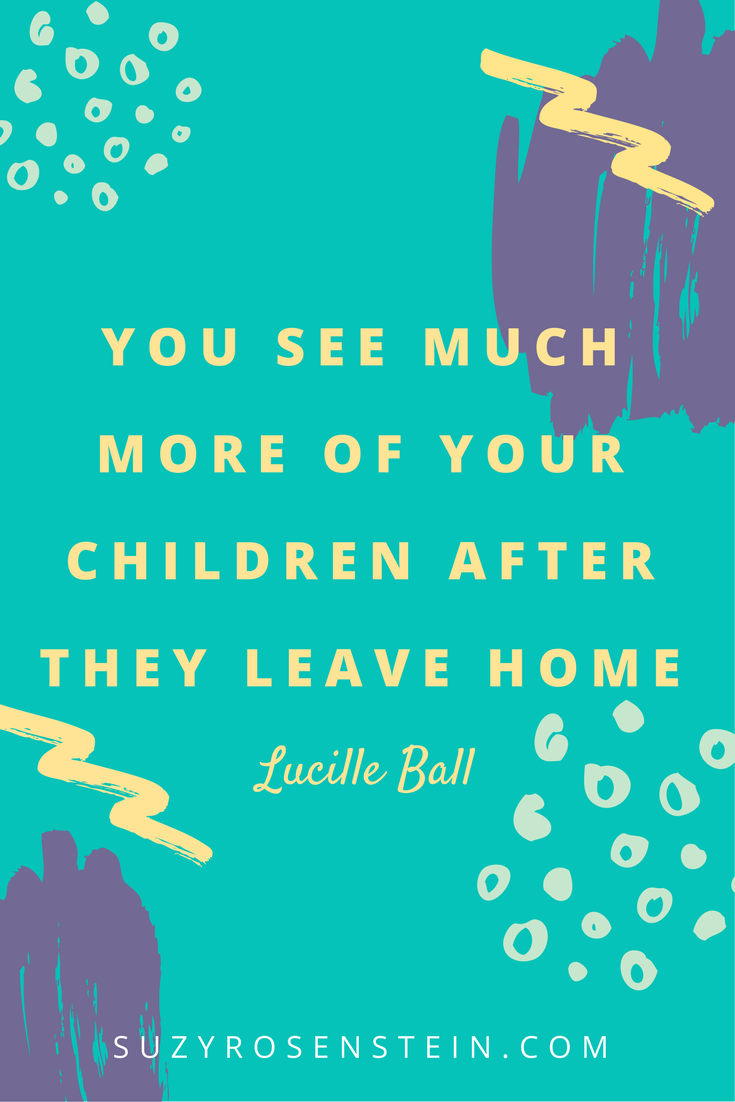 I think the whole alma mater thing mattered more to me than to my husband.

My enthusiasm was odd to my kids. They didn’t believe that I had their best interests at heart, that I only wanted them to go because I went there. That couldn’t have been further than the truth.

Of course, I was giddy when I thought of them going U of G, but I was just as giddy about the awesome program there that was actually something they were really interested in.

So…my oldest son checked everything out, but after 7 months, decided on the University of Waterloo, about 25 minutes away from Guelph.

Son #2 also checked out University of Guelph. Months went by from the first tour to decision time and he also chose University of Waterloo. Also…fine with me.

I started to think about what my youngest son might like when it was his turn to start checking out schools…quietly, behind the scenes of course.

While he was a camp the summer between grade 11 and 12, a memory hit me like a ton of bricks.

As I was investigating options at about seven schools, I remembered that University of Guelph had the absolute perfect program for him.

Not only that, it was the best program of its kind in Canada.

It was even a better fit than the programs his brothers checked out.

Uncanny!  Of all places, the most amazing program for him, based on his interests and passion, was right there at one of my favorite places on earth. My alma mater.

When I realized this, my heart skipped a beat.

But I soon remembered that this epiphany wasn’t going to go over well.

Just like his brothers before him, my son would most likely believe that the only reason I was telling him about this program was because I wanted him to go to my old school.

So when he got home from camp, I was bursting with excitement to share this information…

I knew he had to learn about this option from another source. So off we went to the mob scene we affectionately refer to as the University Fair.

The University of Guelph colors caught my eye right away as we entered the massive room filled with thousands of people and huge displays. We quickly made a sharp turn to the right and made a beeline for their exhibit.

Fortunately, there was an incredibly animated and enthusiastic student from the program my son was interested in. She was available and ready to talk to him as soon as we got there. After about 10 minutes, I inched away, as I could see he was getting more and more comfortable speaking to her alone.

About 30 minutes later, my son turned to me and smiled. I could tell he didn’t really want to tell me I was right…but he was so happy he couldn’t help it!

It’s hard to stay calm when your kid tells you you’re right.

It’s also hard to stay calm when your kid falls in love with your school! And now, he’s accepted his offer.

I found all of this crazy on so many levels.

Second, I get to go back to the university more regularly over the next few years! What fun!

Third, my favorite professor has retired but is still involved and will get to know my son!

So how will I stay calm when I’m freakishly excited?

Sometimes it’s easier for me to notice my feelings over my thoughts. With this situation, I’ve been giddy now for a few weeks, since he accepted. I’ve really been thinking about why. Why am I so happy? What am I making this mean?

The answer is this thought: I love that I’m going to share the University of Guelph experience with my kid.

When I think this thought, I feel grateful. Calm. At peace.

It’s interesting. The reason I came to Canada from the States was because I followed my heart. I transferred to the University of Guelph because that’s where my boyfriend went. Even though I knew that I was going to get a solid education, I was always a bit embarrassed that I made such a big move for that reason.

However, that decision was one of the best decisions I made in my life.

At 19 years old, it was impossible to anticipate the multitude of amazing things that would happen to me as a result of meeting a Canadian guy on the beaches of Florida in 1980. No…I didn’t end up marrying this guy, but I would have never predicted that THIS would have been one of those amazing things.

My fluky decision way back then has led to something incredibly meaningful.

I love when life is wonderfully weird. Especially midlife!

How are you doing with the whole empty nest thing?

Need help? Click here to read 10 surprisingly simple tips to bust out of your midlife funk! You’re not alone. We midlife gals have to stick together!