Outliving your parents isn’t normal for most people my age.

It’s one thing if everyone lives to a ripe old age, but quite another with when your parents die young. Sometimes life just doesn’t go the way it’s supposed to go.

I got the “life’s not fair” memo long ago. Loud and clear.

The idyllic, sitcom-friendly life didn’t happen for me. Far from it. Both of my parents died when I was a kid.

I was five when my mother died at 32 years old. She was a stay-at-home mom with two young kids and lived far away from her family. She was in the middle of what used to be called a “nervous breakdown” and passed away from choking during an accidental drug interaction between alcohol and tranquilizers. I was in the bathroom with her when it happened and ran out of the apartment to get help from the landlord, screaming “mommy fainted, mommy fainted.” The year was 1968.

I was 12 when my father died by suicide at 41 years old. He was a successful physician struggling with mental health issues, probably bipolar disorder. He overdosed on sleeping pills in our family home.  I found out after I walked home from the bus stop that day and a neighbor told me to get home fast. It was 1976.

As you can see, both deaths were tragic and unexpected. There was no time to prepare. It was some crazy shit. 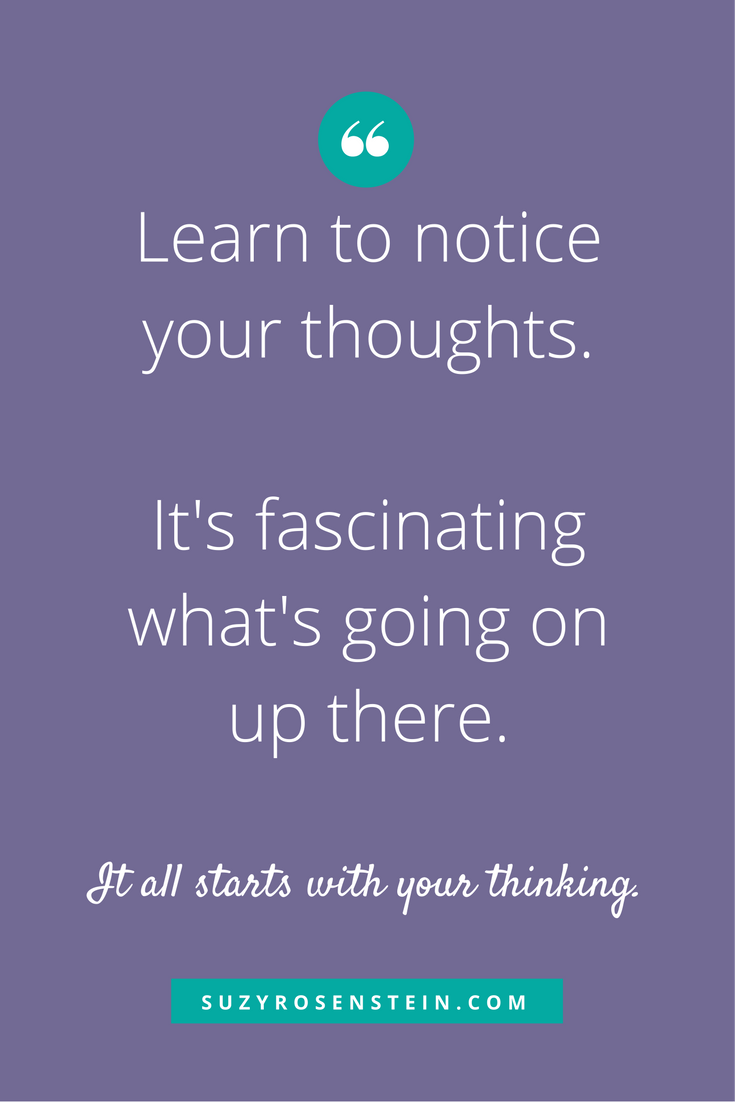 Even now, decades after these two traumatic events, I sometimes find myself thinking that I really can’t believe this happened to me. That THIS is my life.

But it did. And it is. And I thrived anyway.

I love my life. I’ve learned to accept the past as the past and live in the present. I have a wonderful husband and three amazing kids. I don’t think it was luck either. I’ve worked hard to make sure I provided a stable life for my family.

Yes, for sure I had my share of shit, but I’ve been quite fortunate too. I was “step-adopted” after my father re-married, so while I was eventually technically orphaned, I always had a mom, family structure, sisters and three sets of grandparents. There was lots of love.

For some reason, I have resilience.

I’ve thought a lot about this over the years, especially during my 19 year career at an addiction and mental hospital. I’ve come to believe that I must have gotten some amazing parenting in my first few formative years of life. I think I got my parents at their best. 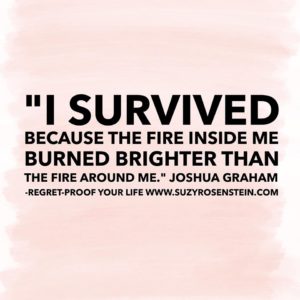 And now, as a 53 year old midlife mom, I’m extremely aware that I’ve outlived both of my parents in two ways.

I’ve always sensed that my life perspective is a little different as a result of all of this.  How could it not be?

Here are five key observations that have helped me cope with outliving my parents:

1: You can actively choose how you want to feel about things you can’t change. I’ve decided that I want to live a peaceful life full of hope and excitement about the future. Thoughts create feelings. I know that I can choose to feel this way. My life’s work is to understand what thoughts I need to think to create those feelings of peace, hope and excitement.

With regard to my parents’ deaths, I never really went through an angry phase of acting out. Even as a kid, I never blamed myself and always had a sense of compassion; I understood that they didn’t get the help they needed. Their deaths had nothing to do with their love for their family or love for me. The thought, “my parents loved me” gives me peace. With respect to my kids, I also know that thoughts like, “even though I’m not perfect, I’m an awesome parent to my kids” and “my kids are on the right track” also produce the feelings of hope and excitement that I want to feel.  It’s so empowering to know that you don’t have to be a victim to your feelings.

2: It’s impossible for me to imagine my parents as the age they would be now. They are forever young in my mind and heart. I find myself paying particular attention to older people I know and comparing them to who I think my parents may have turned out to be. I’ve even reached out to their friends from childhood and university to get more of a glimpse into what they were like when they were young and healthy. I know it’s impossible to really know what they would have been like, but it’s something I think about. And it’s something I’ll never know. I just have to accept it.

3: I’m fascinated by the relationships my friends and family have with their parents now, at their ages and stages. I wonder what my relationships would have been like. Again, it’s something I’ll never know but I wonder what parts of me would be similar to them. What values would been the same? Would we have been close? It’s funny, I didn’t think of this as often when my kids were young. I was, however, quite aware of my kids’ stage of development when they were five and 12, like I was when my parents’ died. But those thoughts were more about trying to imagine what I was like at that age and how I would have been coping.

Also, because of raising my own kids, I have a better understanding of how much my parents influenced my development, even though I have very few memories of the early years.  Now, in midlife, I think more about what kind of relationship I would have had with my parents as an adult, with them retired and enjoying their grandchildren. It’s so important to value the time you have.

4: The universe provides mentors for you in all shapes, sizes and ages. It’s a beautiful thing the way this happens. I’ve been extremely fortunate and have had several men and women over the years be tremendous teachers and role models for me. I was open to developing these relationships and thankfully, let these wonderful people into my heart.

5: It’s both a blessing and a curse to know deep down in your core that bad things happen to good people. I’m definitely risk averse (don’t get my kids started on this point). I have a need to control a fair bit of my environment and am affectionately referred to as “the safety queen.” But, I’ve learned that life’s a bit of a crap shoot. It’s really something to have grown up NOT thinking life is fair. I see that expecting “fair” can create a lot of pain when those unfair curve balls are thrown your way.

My focus as a Midlife Life Coach is to help you practice thinking thoughts that create the results you want. I’m all about regret-proofing your life, in all areas of your life, even if you had a rocky start.  I’ve found that focusing on helping others and expressing gratitude is the way to go.

Want some help? Click here to download my free ebook, 9 Secrets to Get Unstuck in your 50s.