Three Amazing Reasons to Ditch your Bad Underwear in Midlife

Ladies, what’s going on with ugly underwear and the whole midlife thing?

I remember having nice underwear, back in the day.

It was never that fancy. And I never had a lot of it. But I remember having some particularly nice underwear, and a lot of pairs that were comfortable, but nothing special.

The balance in my underwear drawer has changed. 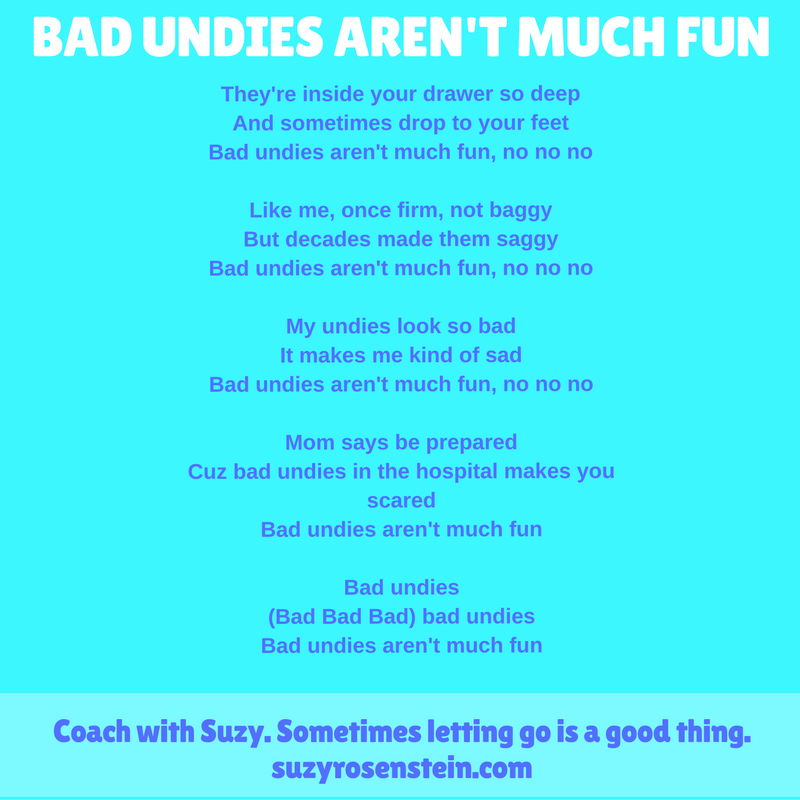 I don’t even mean panty lines.

Underwear that’s no longer doing its job at a high performance level.

Quite frankly, these pooped out panties suck. Yet somehow, they remain in my drawer.

Gentle reader, please be advised that “pooped out panties” are NOT the same as “pooped in panties.”

I’m definitely talking about the former, not the latter.

But now that I’m thinking about it, “pooped in panties” have a leg up; they are SO MUCH EASIER to throw away!

I remember when it was easy to throw the bad ones out.

I remember the first time my then very young son pooped in his underpants while we were out and about playing mini golf. It was so easy to make a quick decision to throw them out! Believe it or not, my husband tried to rescue them out of the garbage and we had a loud “discussion” about how ridiculous he was being…

I remember something my wise friend Carolyn used to say about underwear. Her rule was that when you buy a new pair, you have to throw out an old pair.

It’s her “Law of Underwear.”

I’ve been breaking this law.  I’m not sure why because I think it’s a great practice!

What about you? Is your drawer stuffed with less than satisfactory undies?

What’s going on here? Why do we hang on to underwear when it no longer serves us? 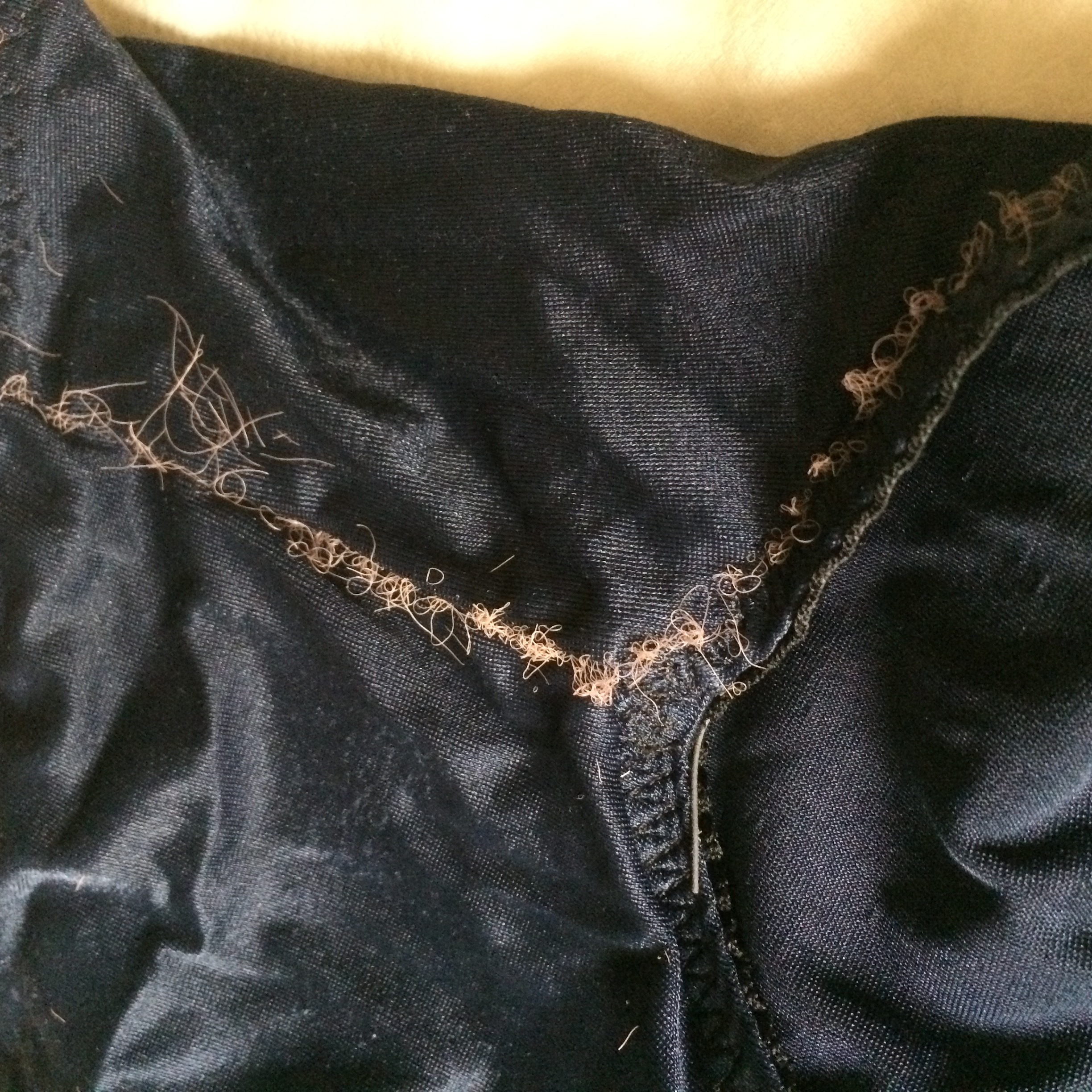 It that we just don’t care anymore?

Is it that we’re just too cheap?

Is it that we’re just too busy?

Is it that we don’t feel we need to impress anyone?

I’ve been giving this whole thing some serious thought.

I would like to suggest that keeping bad underwear around is very much like keeping other things around that don’t serve us in any way shape or form, like THOUGHTS.

Think about what happens when you open your drawer and pull out a pair of the bad ones. You see the underwear in your hand. You know they aren’t a great pair. No control. Saggy.

Does this pair of underwear help your clothes look good?

How do you feel? Does putting this pair of underwear on make you feel good, proud, confident or strong?  Interesting, right? I’m sure the answer is “no.”

Yet, there they sit. Elastic waist shot, threads and lycra popping out all over the place.

It’s just not logical. Why would you knowingly keep this bad underwear around when it doesn’t look good or make you feel good?

The reason is that your thoughts create feelings…even about your underwear.

That I’m not a worthy priority.

That feels worse than my bad underwear. 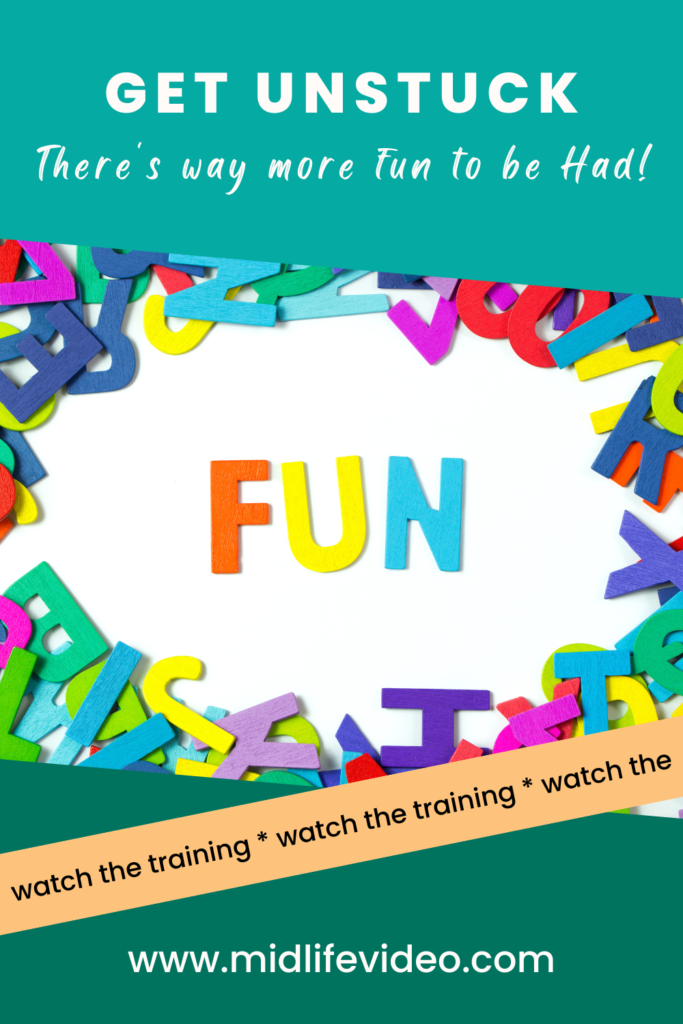 Here are three amazing reasons to ditch your bad underwear.

So ladies, are you with me?

Out with the saggy, pathetic panties and in with the new, fabulous underthings.

I’m not even talking about lingerie. I just want a drawer full of nice drawers.

I deserve it! And so do you!

A challenge for you!

How many pairs of bad underwear can we collectively throw out? Would love to hear about your progress! Midlife is all about opportunity. I love the idea of regret-proofing from the inside and out. Let’s do this!

Want to discover a bit more about why you do the things you do?

Take a sec, get on my list and get your FREE worksheet called 10 surprisingly simple things to do to bust out of your midlife funk! Easy peasy!

P.S. I figured that since most of the folks reading this blog are “midlife gals,” I didn’t have to explain the Dr. Demento reference with my little attempt at a song parody. Hope you smiled!

Suzy Rosenstein, MA is a master certified life coach and host of the popular podcast for midlife women, Women in the Middle, with over 1 million downloads. Having wasted five years being stuck herself, she knows how frustrating and painful it can be.  She uses her upbeat approach with the serious topic of aging to help you get clear about what you want, get unstuck and live your best life. Girlfriend, there’s more fun to be had! Start now with her free online midlife training about how to get unstuck: www.midlifevideo.com.