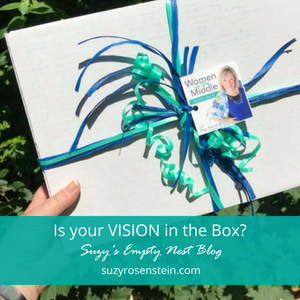 Who love’s a good, ol’ fashioned surprise in a box?

We all love a good box.

Even cats love a good box.

It doesn’t seem to matter.

Boxes are so much fun.

What would you say if I told you that your vision for your future is actually in this box?

Would you believe me?

Just makes you a bit giddy thinking about it though right? The idea that you can OPEN a box and find your vision in there. WOW!

It’s super exciting…much like the feeling in the air this time of year. In fact, it’s going on right now at the end of the school year.

Ahhhhh….the end of the school year. The excitement is palpable.

Takes you right back to when you were that age. It’s hard not to think about kids in June.

There’s so much excitement about the END of a school year and the BEGINNING of summer.

The kids usually don’t reflect that much though.

They don’t typically think about regrets.

They don’t usually wonder how they’re going change and to do things differently next year.

They’re young and just so focused on the summer.

I remember the last day of school like it was yesterday.

Specifically, I remember bursting out of the big, heavy school doors with such gusto that they would often make a noise when they hit the wall. BANG. Running out of those doors with the whole summer ahead of me was the most amazing feeling!

And I liked school!

But there’s something about the BEGINNING that’s pretty exciting.

As midlife gals, we’re typically not as focused on the BEGINNING.

We’re more about the MIDDLE. And if we’re not careful, we can slip into feeling old, like we’re at the END.

This is why I love my job.

I love helping women turn this all upside and see the possibility and opportunity all around them.

It really all starts with your thinking.

This is where THE BOX comes in. 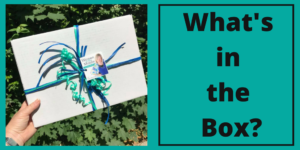 I’m super excited about sharing it with you.

In fact, I’ve called it a FUTURE FUN BOX.

I wonder what you think is in there?

Is your mind in the gutter? You just gotta tell me if it was just now, lolololol.

It’s all about planning your future though.

Because YOU matter. What YOU want matters. And learning how to make it happen matters.

Let’s work together to get the excitement back into your life, no matter your age!