Kids aren’t required for your nest to feel empty in midlife. 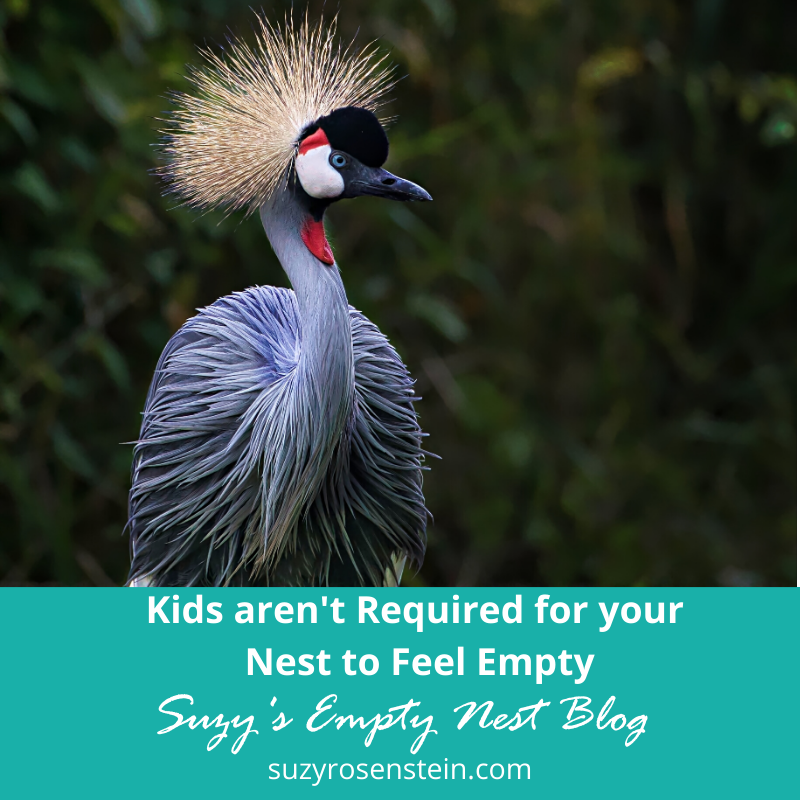 Like retirement, many parents don’t even think about the whole empty nest thing until it happens to them.

The term “Empty Nest Syndrome” is pretty familiar. It refers to parents’ feelings of sadness and even grief after children move out of the home. The image of an empty bird’s nest has become iconic and firmly associated with life after your kids leave home. Also like retirement, we should probably be doing some planning so we don’t get a big, fat emotional surprise.

What if you don’t have kids?  Can you feel EMPTY without a NEST? 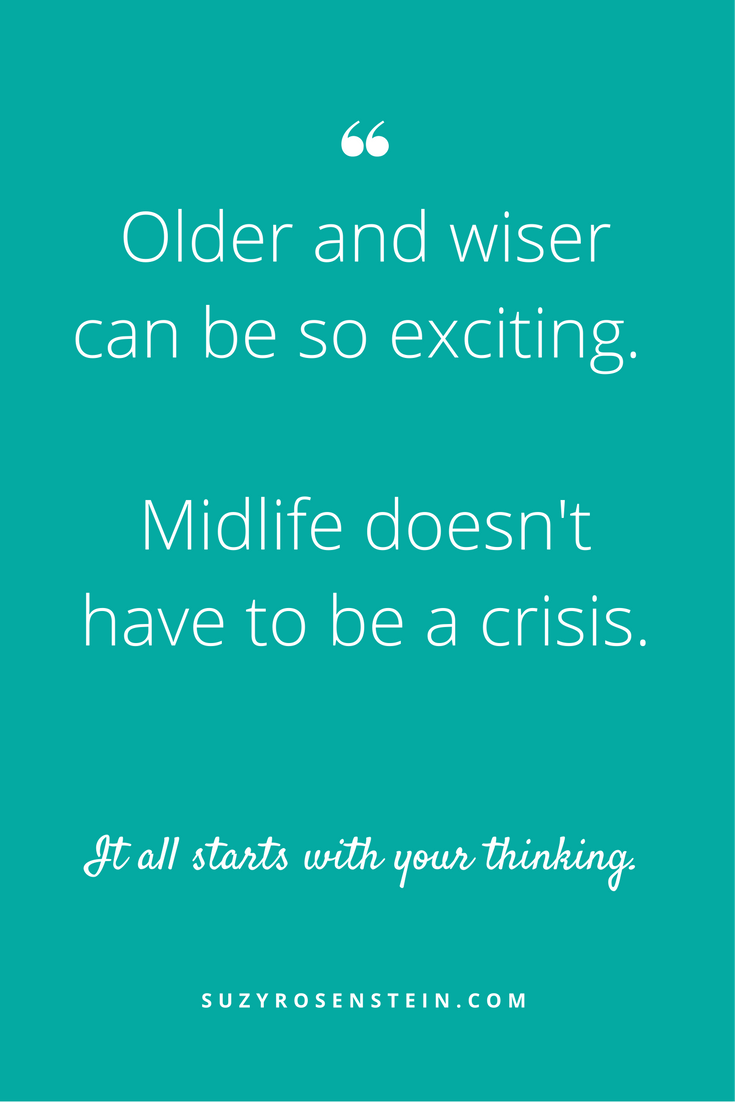 I’ve had several clients talk to me about this lately.

These women are typically somewhere between 48 and 52 ish, no kids, in the same job for more than 15 years, and totally stuck and unhappy. Obviously, the trigger for them isn’t the kids leaving home. But that empty feeling is real.

I guess you could say that feeling “empty” could be part of the whole midlife transition thing.

Feeling like you just don’t know who you are anymore and lack of confidence seem to be at the core of what’s known as a “midlife crisis.” There’s often no crisis. But there’s a common feeling that something has changed.  And that something needs to change.

When you don’t have your own children, there is still plenty of change going on.

I’m talking about the change that happens TO YOU though and isn’t done intentionally. Like when your parent becomes ill and you need to help. Sometimes it’s all of a sudden. Other times it’s for a long time. Menopause is another example. This change also happens to you. And there’s lots to learn.

When we were younger, we could shake this kind of thing off (sometimes that meant party it off), but at this age and stage, it’s often not that easy.

Even though we want to believe that we live according to the value that “LIFE IS SHORT,” we often don’t at all.

Just look at how long it takes to make changes that are intentional. We catch ourselves wasting all kinds of time doing things we really don’t want to do, from 10 minutes that turns into an hour on Facebook, to several months that turn into years at an unsatisfying job.

Personally, I was stuck for five years. When I think about it, I just want to give my past self a big hug…and a big shake! I wasted so much time.

Time that I won’t get back.

Time that I wasn’t making some kind of an amazing contribution.

I don’t like any of the words and phrases that commonly describe this phase of life either.

Who wants a syndrome that makes you feel empty, a crisis about your age, and a list of things to do before you die?

So where does that leave you? Feeling good? OR feeling bad?

The bottom line is to be aware of how you think about aging. For sure, there are changes. These phrases set you up to feel bad, sad and empty. That’s because thoughts create feelings. Age is just a neutral number. It’s what you think about the number that creates the feelings. When you think a thought that’s negative, you produce a bad feeling. And the media doesn’t help at all.

Come on world! Let’s turn things upside down and position aging as a time of possibility! 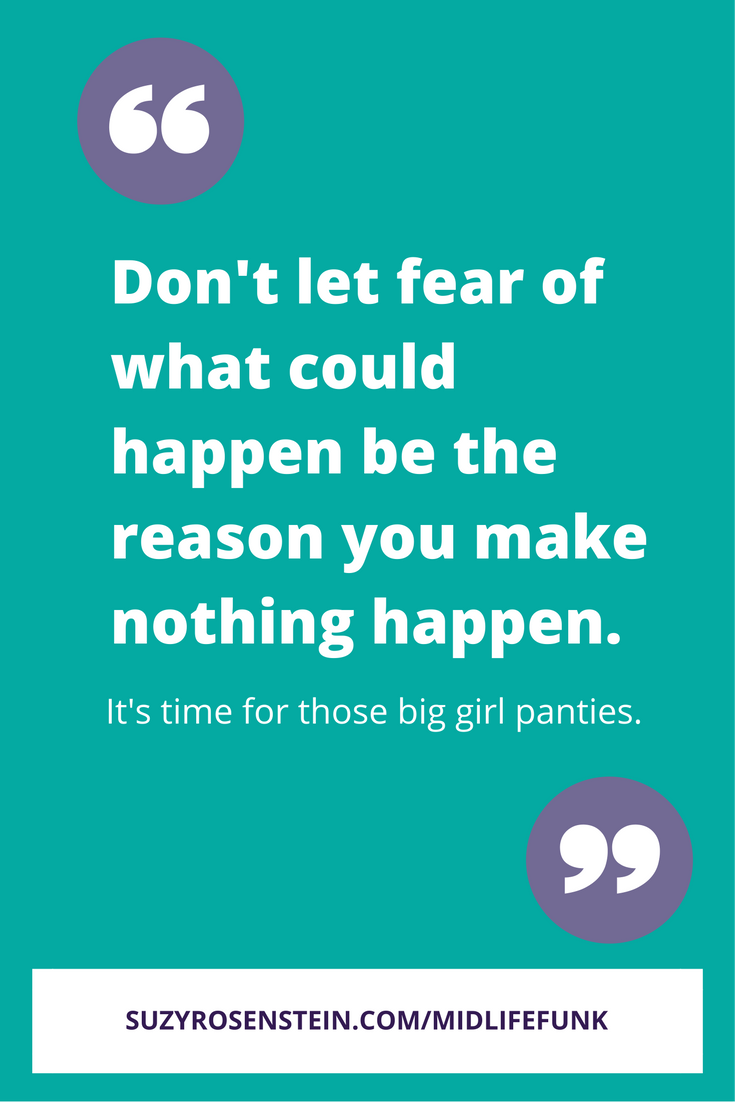 These thoughts about this phase of our lives create positive feelings. So different than thinking of aging so negatively, full of doom and gloom.

Midlife can be full of doors opening, not just closing.

It all starts with our language. Our thinking. Age really is just an number. But it’s what we think about the number that creates the problems in our lives.

We have to be aware of what’s going on in our minds. The feeling of emptiness for some is real. And not pleasant.

Awareness is the first step. We can’t leave our thoughts unsupervised.

How do you want to feel?

What changes do you want to make?

What results do you want to create?

You have more power than you think you do. Thoughts create feelings. Thoughts are optional. That’s the best news ever. Which is why awareness is the key.

I’m here to help. Check out my FREE guide, Nine Secrets to Get Unstuck in your 50s and let’s get you going in the direction that YOU want to go! Life’s too short to waste time feeling empty, stuck and confused!