Client Success Story: How Coaching Helped Paula Get Unstuck & Find Her Voice Again after Losing Both Her Parents in Midlife 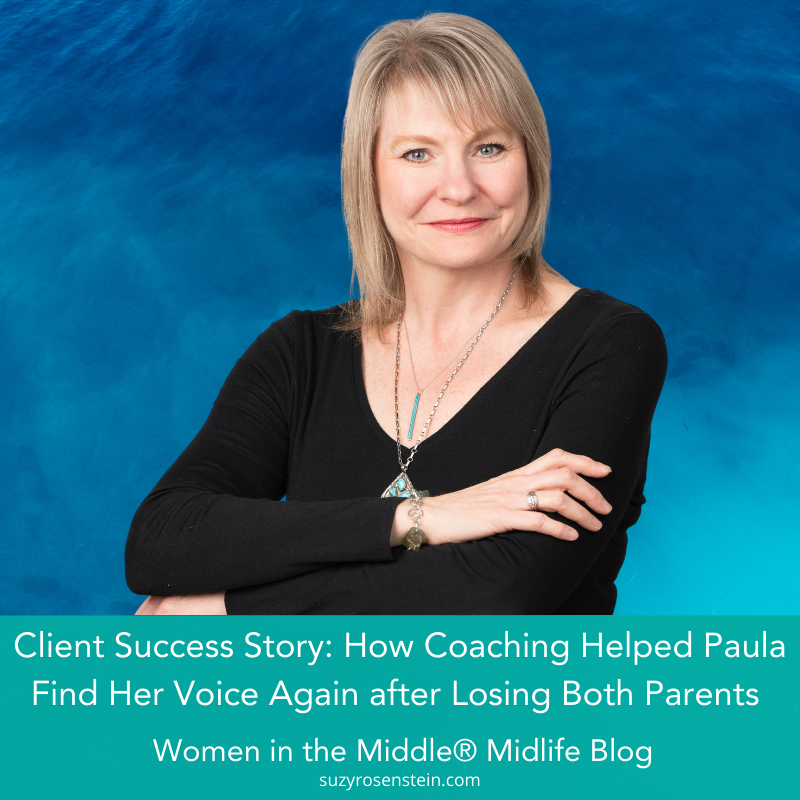 Coaching can absolutely help you get unstuck, find your voice again and get excited about your life, especially in midlife. Paula Rosecky is a human rights investigator, marketing research professional, and leadership coach with a particular focus on decision making and journeys.

The Problem of Being Stuck in Midlife

Paula spent much of her forties focused on building her relationship, creating and innovating in her career, and spending time with her parents as they battled with cancer – something that many women in midlife face, often alone.

After losing both her parents in a short period of time, Paula decided she needed to pause and reassess her life.

“I really wasn’t looking up to other things that I might be interested in or could get involved in,” Paula said. “I was very focused. And I was comfortable with that. Until I became kind of uncomfortably comfortable.”

She began to realize how discontent she was in her lifestyle, describing her frustration as being a tiger locked up. Her work, though enjoyable, was no longer as fulfilling as it had been, and she knew she had done everything she could at her company and it was time for a change.

Coaching to Get Unstuck

When she heard Suzy on Brooke Castillo’s The Life Coach School Podcast, she knew her next step.

“Suzy was saying all the things that I was saying in my head about what I wanted to do next,” Paula said. “I knew I had to reach out.”

The solution was to move forward with coaching.

Fueled by a sense of urgency as she neared her 50th birthday and fearful of change, Paula began working with Suzy on her next career move. Paula wanted to do more, serve more people, and have a lifestyle filled with travel and new experiences.

During an exercise about what brings her joy, Paula remembered that she loved to use her voice as a kid. So, she decided to hire a vocal coach and participate in a recital – on an actual stage.

Motivated by doing something she loved, Paula felt ready to move on with a new career.

Suzy helped her piece together skills she had from her previous job and figure out how to turn that into a new, fulfilling career.

“I wanted to keep on this train of mentoring people and helping people,” Paula said. “Coaching seemed meaningful and impactful to a single person’s life, and that’s just exciting to me.”

Her Amazing Results with Midlife Coaching

Suzy helped Paula discover her interest in entrepreneurship, which she combined with her love for people to create a coaching and facilitation service. 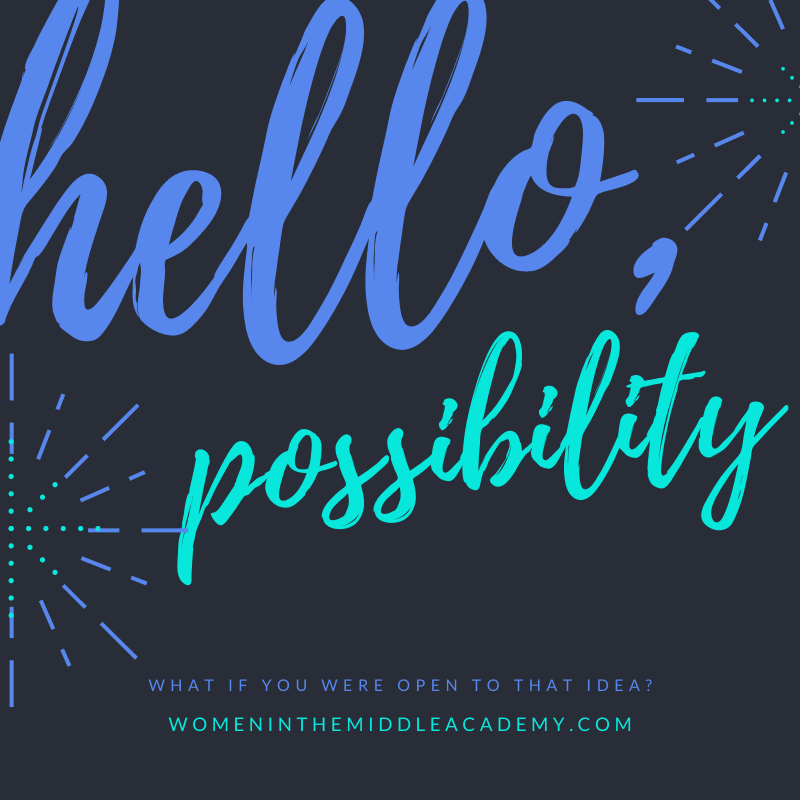 As the child of an immigrant family and someone who previously dealt with reverse culture shock, she felt a calling to help female immigrants and their daughters to empower them to be the strongest they could be.

That, coupled with Suzy’s frameworks and methodology of reframing for the future, Paula began a new chapter.

“I loved the way Suzy structured her work, because I so appreciated the group setting. I loved hearing what the other women in the group brought to the table and what they were struggling with. Watching someone else be coached on something helped me reflect on something that I might be going through, too.”

With Suzy’s help, Paula found her new voice, crushed her fears around change, and now motivates women to find their own version of success in work and life without losing their cultural identity.

Do you need to get unstuck in midlife too?

Paula, like so many women stuck in the middle, was already on the right path, but it was hard to see through the confusion. If you’ve been feeling stuck, overwhelmed, and unfulfilled, it’s time to get clarity and a new lens on what your life can be going forward. The Women in the Middle® Academy is an online program and community for midlife women, who are ready to create a life on their own terms and become the happiest, most free and fun version of themselves! Want to get unstuck too? Book your free, no obligation Momentum Call and let’s chat!

Suzy Rosenstein, MA is a master certified life coach and host of the popular podcast for midlife women, Women in the Middle, with over 1 million downloads. Having wasted five years being stuck herself, she knows how frustrating and painful it can be.  She uses her upbeat approach with the serious topic of aging to help you get clear about what you want, get unstuck and live your best life. Girlfriend, there’s more fun to be had! Start now with her free video training about how to get unstuck: www.midlifevideo.com.